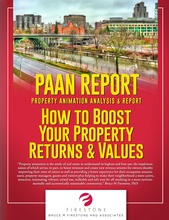 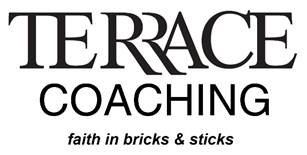 FOR PROFESSIONAL ATHLETES, THEIR AGENTS AND OTHER HIGH NET WORTH INDIVIDUALS TOO!

Ever wonder why, according to Sports Illustrated, nearly 80% of former NFL players go broke within three years of leaving the league?

Not to mention other high net worth people like successful actors or busy executives and entrepreneurs experiencing financial problems as they age.

According to superstar player agent Leigh Steinberg, there are five main reasons why many former players sink into bankruptcy, https://www.forbes.com/sites/leighsteinberg/2015/02/09/5-reasons-why-80-of-retired-nfl-players-go-broke/.

Many entrepreneurs and executives as well as actors and others involved in infotainment businesses are so consumed with growing their operations or furthering their careers that they forget to pay any or much attention to their own personal (retirement) planning.

Look at the career of Raghib (Rocket) Ismail, a former NFL and CFL player, who made between $18 and $20 million in salary alone (ie, not including his side sponsorship earnings) during his playing days.

-a “fail-proof, with no downsides” (according to one of his advisers) Rock N’ Roll Café

-a religious movie (that tanked)

-a music label called COZ Records, promoted by a guy who was “a real good talker”-a cosmetics procedure whereby oxygen was absorbed into the skin (squashed by existing behemoth pharma players)

-shops dubbed It’s in the Name, where tourists could buy framed calligraphy of names or proverbs of their choice

As founder of the NHL’s Ottawa Senators, I’ve seen countless well-paid athletes end their careers with little or nothing to show for all that training and effort.

Everyone needs a co-active coach to help them find their way through an increasingly complex professional world and personal life.

“I don’t take responsibility for my actions, unless it’s someone else’s fault,” anonymous client

Listen to the way Terrell felt before he reached out to get himself a life coach:

“I was lost. You know—you know, being TO, being that star athlete, all the pressures, me putting a lot of pressure on myself, you know, to be the best… for me it’s been humbling. Me having to just sit, you know, sit in the house. I’ve lost friends…Because I count on one hand, you know, the friends that I can really count on and call to—and call on and really confide in, you know—you know, during my darkest times and my darkest hours,” Terrell Owens speaking with Graham Bensinger about his situation, September 9th, 2013

I would add that every professional player and high net worth individual needs to not only get his or her spending under control, but to have an investment program to go along with that… one that is focused on providing a predictable retirement income for life.

There is no better way, we have found, to do that than through real estate investing.

Remember, even if you have $5 million in cash in your bank account at the end of your career, invested in, for example, highly secure US treasury bills at, say, 2.76% per annum for 30 years (as of December 1st, 2017, source:https://www.treasury.gov/resource-center/data-chart-center/interest-rates/Pages/TextView.aspx?data=yield), this is only $138,000 per year before tax.

There has to be a better way, and there is…

Here’s what we recommend:

Say you are making $5 million per year after tax and you decide to devote 20% of that to buying houses, ones with a decent cap (capitalization) rate (of say 6% pa) in a good location, which is experiencing 3% pa inflation in real estate over a long period of time.

And let’s further suppose you can buy these places for $500,000 with 20% down or $100,000 in cash (ignoring for simplicity any closing costs). The rest is financed with standard mortgages from reliable lenders.

This means you can buy ten such homes per year for a period of (suppose) ten years.

Hence, you end your career owning 100 homes in your own name worth more than $50,000,000. More because of 3% per annum inflation in real estate values.

Since we know your cap rate is 6%, it’s easy to figure out your NOI, net operating income, from your portfolio after you have retired all your mortgage debt. It is $50,000,000 x 6% or $3 million per year, assuming on inflation.

You should also note that your retirement income from your portfolio of $3 million per annum is bound to go up as your property manager raises rents every year. #Nice

In addition, the value of your real estate is (in this example) increasing 3% pa or more than $1.5 million a year. This isn’t cash money but it’s still yours.

If you ever need any funds, you don’t have to sell any of your buildings. You simply refinance it, take the cash outtax-free, and then watch as your tenants pay off your mortgage again or your line of credit.

This is, as my late father, professor OJ Firestone would say is your “iron reserve.” It’s your PB4L, personal business for life.

Your job is to keep it intact and then pass it on safely to your heirs, and to never pledge it for loans to, say, buy a NHL franchise or a Rock N’ Roll Café.

In some research we did a few years ago, it turned out that 61 of the top 100 richest families had all or substantially all their wealth invested in real estate, so we believe that real property should form part of nearly everyone’s financial plan.

Lastly, do you know what the number 1 thing in life is? Love? Money? Fame? Success? No, none of the above.

Place your trust in us, and bricks and sticks too.

If you would like to know more about our co-active life coaching, real estate investment and business coaching and how you too can become an equity lord, please contact us for a free, confidential pre-consultation:

How many ways are there for Canadian real estate entrepreneurs to get screwed?
January 13, 2020
Why American businessmen and businesswomen are eating everyone’s lunch
January 10, 2020
Animate a whole town
December 27, 2019
Fork in the Road – The People, Places and Pivots that Shaped Bruce M Firestone, PhD
December 26, 2019
The last 3%
December 25, 2019

As a real estate investment and business coach, I’ve come to realize your most important asset is not stuff you own, it’s stuff you know.