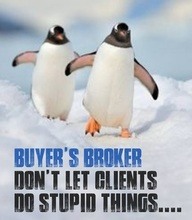 Why do private sales often suck?

Well, here’s an email I received from a client of mine (a significant and sophisticated) real estate investor explaining why this may be so:

A neighbor of mine is elderly; he lost his wife a few years ago. She was a fine person.

Having said this, however, I have never once said, “If you ever think of selling, talk to me first” despite the fact that I’d like to buy their small house, which is adjacent to another one I own. Why is that?

Because every private sale is always “a deal” except it isn’t.

If he or his daughter ever query me about it, I’ll answer this way, “I’ve got a lot on my plate right now (true) but thanks for asking.”

I will show almost ZERO interest.

Instead, I’ll wait til it goes on the market (MLS) and then wait some more. If it sells, it sells. Tough. But if after 20 or 30 or 40 days it hasn’t sold. I’ll put in an offer that suits me. DOM (days on market) is a really important number because YOU DON’T MAKE MONEY IN REAL ESTATE WHEN YOU SELL, BUT WHEN YOU BUY so buy smart!

I can’t tell you how many private deals are way overpriced–everyone thought they were getting a bargain because “no realtors were involved.” In most cases, though, that is BS. And, in fact, lenders will often insist that a property has been exposed to the market on MLS or they WON’T FUND THEM—either because they are afraid the stupid buyer has overpaid (because it was not exposed to the marketplace where a willing buyer and willing seller acting without undue pressure arrived at a price guided by professionals usually realtors) or there is some kind of mortgage fraud going on.