What is the real value of a CEO? And how a bad one can kill you 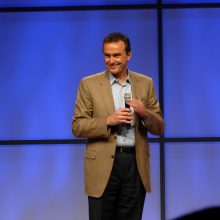 [This is an excerpt from Don’t Back Down, the real story of the founding of the NHL’s Ottawa Senators and why big leagues count written by Sens founder Bruce M Firestone, PhD, available from, https://brucemfirestone.com/product/dont-back-down/]

You have to laugh at the expectations of leadership in the US where they expect their leaders to have a solid roadmap of the way the world works, but no real experience in it because they are looking for perfection in their leaders. People like former president Bill Clinton had to resort to prevarications like, “Yes I did (smoke marijuana) but I did not inhale,” or “I did not, never sleep with that woman (about Monica Lewinsky).”

You cannot have it both ways—an authentic leader, but one with no real-world experience, no testing of their mettle, no mistakes made on the way.

I am not recommending a reckless, fearless approach to life, but maybe that’s what it takes to be a leader, formed by the crucible of life’s pressures and crises.

Scott Adams, Dilbert creator, says leadership is about getting people to do things they know are not in their best interests. WRONG. This is absolutely not what leaders do, at least, not successful ones in RL (real life).

Here is my definition of what a leader is:

“A leader is a person who chooses from among many alternatives, some of which s/he has generated and some of which came from inside or perhaps from outside their organization, the right path for his or her tribe[1] getting buy-in from the whole organization as well as its entire stakeholder group and making sure that all its resources are deployed optimally to achieve their common objectives that are serving not only to further the interests of individual tribal members and the organization, but also a broader purpose for humankind.”

The idea that every founder of an enterprise or incoming CEO of an organization should actually know something about his or her chosen industry is not accepted everywhere. There is one school of thought that one business or organization is pretty much like every other so that a competent executive in one can be successfully transplanted to a completely different type of industry.

However, for every Tony Hsieh, who knew nothing about selling shoes but made Zappos.com a huge success, or every Lou Gerstner, who went from soup to tech (Campbell’s to IBM) and did well at both, you have hundreds of Mike Zafirovskis who went from cell phones to switches (Motorola to Nortel) and flopped horribly.

“It’s easier to fool people than to convince them that they have been fooled,” said Mark Twain

It is my view that you do, in fact, have to know something about making films before you can make a great one, and this is just as true in the grocery business, the transport sector or any part of the tech industry. It’s no fluke that Facebook is humongous, and Harvard Connect is just a lawsuit. Mark Zuckerberg knew something about coding while the Winklevoss twins knew very little.

Closer to home, Tobi Lutke is a top Ruby on Rails developer, and it is no fluke that he is co-founder of the fastest growing e-commerce platform anywhere on the web (Shopify.com).

Michael E Gerber in his classic book, The E-Myth Revisited: Why Most Small Businesses Don’t Work and What to Do About It (HarperCollins, NY, 1995) argues that you should work on your business not in your business. He puts it this way: “… small businesses in the United States simply do not work; the people who own them do.”

But I have found that when a founder stops getting in the trenches with his or her team, the enterprise inevitably hits some rough weather. Gerber says that every business needs some combination of entrepreneur (providing vision and being an agent for change), manager (bringing order to the business and cleaning up messes made by entrepreneurs) and technician (the one who actually performs the work).

Gerber is right about this, but where I find fault is with the idea that the founder or CEO can delegate any two of these. If the CEO is an entrepreneur at heart, he or she must have some technical expertise and some management chops as well. That doesn’t mean that they can’t hire up—bring in people who are better managers or better technically than they are. It just means they can never absent themselves from any of these crucial components because, when well executed, these together create an opportunity for any organization to have success.

Lou Gerstner at IBM immersed himself in their technology and understood it well enough to: a) approve innovative projects and stop bad ones, and b) come up with his own thoughts on new directions including new technological directions and service offerings for the company.

Mike Zafirovski came to the University of Ottawa during Nortel’s heyday to give the worst speech I have ever heard a CEO of a major company give. For 50 minutes, Mike talked about getting (Motorola’s) six sigma processes embedded into Nortel’s DNA while improving their financial ratios. If this had been a speech by a CFO, well, bravo. But this is the CEO, the person who is the leader, who sets the pace, who describes a bold new vision for the organization and then gets tens of thousands of stakeholders to follow him/her, come hell or high water.

Think about Apple when Steve Jobs was induced to return as interim CEO. If Mr Jobs had come to our university, he would have spent his 50 minutes talking about insanely great new Apple products and services—how he was going to change the world. Even on his deathbed, Steve was focused on the future—he had a eureka moment concerning the evolution of television.

Leadership makes a big difference. When Steve returned to Apple, they had about six weeks of cash left. First, he got a lifeline from Microsoft (a co-opetitor) in the form of a $150 million line of credit and cut Apple products down from dozens and dozens to just a handful.

The introduction of the iPhone by Steve and his team propelled Apple into becoming the most valuable tech company on the planet with a profit per employee greater than most company’s revenue per employee. It’s unimaginable.

We estimated the iPhone had a 288% pa internal rate of return to Apple, a phenomenal performance.

IRR Cash Out Cash In Cashflow

Apple’s market capitalization on March 21st 2014 was $475.31 billion (Yahoo! Finance). One could argue that a visionary CEO like Steve Jobs who could also execute is worth nearly half a trillion USD since it is all too likely that Apple would not exist today but for Steve Jobs’ return to the corner office.

The introduction of the iPhone and its paradigm shattering business model[3] by Steve and his team propelled Apple into an unsurpassed future. Note also that Mr Jobs did not convene an ideation meeting of executives or use any focus groups before introducing his revolutionary smart phone.

What would be the point?

Group-think and focus groups, in Steve’s view of the way the world works, could only project the future from its past, which cannot produce the kind of innovation he was looking for and, frankly, the world needs.

David E Perry and Mark J Haluska released in 2015 their new book, HIRING GREATNESS, How to Recruit Your Dream Team to Accomplish Your Objectives and Crush Your Competition. It’s about how a star executive can bring almost inconceivable value to your enterprise. Unfortunately, the reverse is also true.

Most Canadians don’t use language like how to “crush” your competition, but they are kidding themselves if they think that tough executives in the US, China and elsewhere aren’t thinking of doing that each and every day.

In their book, David and Mark point out that there is no substitute for hiring the best—it’s people after all who produce income not assets.

Again, that’s the difference between having a CEO like Steve Jobs at Apple or a Mike Zafirovski at Nortel. Some difference.

David told me, “In the six months after Marissa Mayer was hired as Yahoo!’s CEO, market value increased $17 billion. Imagine making one decision that created $3.8 million dollars in market value an hour! At nearly the same time Yahoo! began its rapid ascent, Ron Johnson the new JC Penney CEO, caused sales to plummet by $4.3 billion. A single decision of his brought losses of $500,000 dollars an hour!”

Ron knew something about technology retailing having been SVP of Apple Retail Stores (introducing, for example, brilliant concepts like their GENIUS BAR), but very little about general merchandising and department store operations. Ron was unceremoniously fired in 2013 after his makeover at JC Penney utterly failed.

On the other hand, I would argue that Ms Mayer was prepared to take on the revival of a former iconic tech brand like Yahoo! having been a long tenured executive at Google beforehand. It still remains to be seen if Marissa’s early success at Yahoo! can be sustained, but time will tell.

In my career, I have almost always made money in real estate, something I know a bit about. I have a PhD in Urban Economics and 30 years of on-the-job experience. In everything else (hockey, newspaper publishing, finance company, sign company, toy and game firm, tech and more), I’ve lost money. You have to wonder why it took me so long, but now my wife insists that I carry a piece of paper in my briefcase that says:

[3] Steve Jobs saw the iPhone as a platform to build monthly recurring revenues through an app store (before practically anyone had heard of applications in this sense), for iTunes downloads, for IOS ad sales and for subscription revenues. It was the iPhone’s business model, not the product per se that created unimaginable wealth for the company.

• MAKING IMPOSSIBLE POSSIBLE
• FREEDOM VIA REAL ESTATE INVESTMENT AND PB4L, PERSONAL BUSINESS FOR LIFE
• FEHAJ, FOR EVERY HOME A JOB, FEJAH, FOR EVERY JOB A HOME
• MAKE YOUR HOME WORK FOR YOU, INSTEAD OF YOU WORKING FOR IT
• HIGHER ROI NOT JUST FOR OWNERS AND INVESTORS, BUT FOR TENANTS, GUESTS, VISITORS, NEIGHBORHOODS, COMMUNITIES, TOWNS, VILLAGES, CITIES AND THE ENVIRONMENT TOO

I wish we knew now what we knew then
FOR KIDS AND PEOPLE EVERYWHERE JUST TRYING TO DO THE RIGHT THING
How old are the Ottawa Senators?
Met an attorney this week who can only be described this way, sorry to say: A know-it-all-know-nothing
Get some professional advice/coaching/mentoring from a trusted and experienced source—says Terrell Owens

Any cookies that may not be particularly necessary for the website to function and is used specifically to collect user personal data via analytics, ads, other embedded contents are termed as non-necessary cookies. It is mandatory to procure user consent prior to running these cookies on your website.