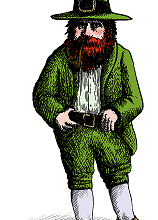 Looking for a pot of gold? Look no further than your basement where a leprechaun has left you a treasure…

Think you have to visit London England to see basement excavations that add living space to a house below grade, https://profbruce.tumblr.com/post/166749246449/central-london?

Think that these types of excavations with “manufactured” walkout conditions only make sense in world-cities like the English capital where land values are higher than the high schoolers in Dazed and Confused?

My friend Alain added a basement apartment (with its own manufactured, separate entryway, which in itself creates more value for both tenant and landlord) to his lovely downtown Ottawa, Sandy Hill home, and not because he’s some rich dude who needs an in-home library to impress his friends or a dazzling man-cave.

Nope. He built it because Alain, like me, believes people should treat even their principal residences as if they are a rental, https://profbruce.tumblr.com/post/153639912969/why-you-should-treat-even-your-principal-residence so that they become assets not liabilities.

I use those terms like Richard “rich dad poor dad” Kiyosaki does: An asset is anything that generates income for you once you stop working every single freaking day. A liability sucks money out of your jeans instead.

It blows me away–the work he did and the custom furnishings he created for a space that is about 290 square feet (26 sq m).

What was his total cost including custom furnishings?

So, it’s expensive space in terms of its per sq ft construction cost: $586.20, comparable to the cost to build a new concrete high-rise, upscale condo building in this part of the world.

He only asked $1,000 a month all-in to rent this space, so his cap rate is below our current target rate for investors (6% pa). His cap rate is found this way:

The cap rate is then found by dividing his NOI by his total cost:

The .66 you see in the above equation is (obviously) 1 – .34. That number (34%) is roughly what it costs landlords to insure, manage, repair, maintain, pay property taxes and other costs in this area. It does not include any mortgage financing costs…

OK, skill testing question: What’s better? $2,890 or $7,990 a year? And remember the latter number doesn’t take into account real estate inflation, which in downtown Ottawa is now running anywhere from 3% to 19% pa. (That last number is for property located in the Byward Market where an intense supply shortage of investment product and incredibly high demand for tech offices and restaurant space warps the market).

Alain got over 600 views for his Kijiji ad and received 7 offers to lease, sight unseen; he realized afterwards that he’d underpriced the spy loft by a lot.

When the young woman who rented the spy loft leaves, he will probably get in the order of $1,475 a month, so his cap rate will then go up to 6.9% pa, which is above the target all investors I coach are trying to achieve.

One other thing Alain and I talked about was a (cockamamie) way of adding more daylight and warmth to this subterranean space: Use a mirror outside to reflect light in during certain times of the day, like what this guy did in Tampa (by accident):

This is not a new idea; Archimedes (allegedly) burned Roman ships in 212 BC using a giant mirror or mirrors whilst they were attacking his hometown of Syracuse (source: https://www.unmuseum.org/burning_mirror.htm).

More recently, a small town in Norway (Rjukan) decided to combat SAD (seasonal affective disorder) and an exodus of young people fed up with six months of darkness every year by erecting three giant mirrors on the opposite side of the mountain (the one that blocks their sunlight) to reflect natural light into the town square for a short period every day of their  l  o  n  g  winter.

Alain needs to put up an outside mirror anyway to make sure his tenant and users of his rear-yard parking lot mix together safely (that is, to enable all of them being to see around corners). All he has to do is tune it a bit to bring easterly (morning) light into the spy loft.

Alain also did some clever things with his entryway. Firstly, he hired a local artist to paint a mural on the concrete down-slope (to your left as you descend into the spy loft, see below). Secondly, the metal stairs rotate upwards so you can store your bike underneath. The stairwell can also be locked so no one can steal your bicycle either.

We don’t tend to do enough with avant garde design in North America in my view so, naturally, I liked what Alain has done. I wrote a bit about the importance of design in terms of building your brand and increasing your ROI based on the fabulous German television series, Babylon Berlin. See, https://profbruce.tumblr.com/post/170501686384/the-sheer-joy-of-it. Please know that it has some content NSFO, not suitable for office…

Note also how Alain has named his new apartment, “the Spy Loft.”

I like naming things and creating taglines (see, https://profbruce.tumblr.com/post/103861541279/some-taglines-i-like-wheres-the-beef-wendys) and while I’ve encouraged people I coach to name their buildings, I never thought of naming individual apartments.

It’s another way to add perceived value and attract better tenants who stay longer as well as pay higher rents. Lowering your vacancy rate and churn rate greatly improves your ROI (return on investment) over a 5 or 10-year period–you’ll have less damage to your buildings, as well as fewer change-overs and, hence, lower make-ready costs (due to lower tenant turnover).

Calling a place, the “Canadian Tire Centre,” the “Mallorn Centre,” the “Royal Bank Pavilion” or “Roberson House” (all projects I’ve been involved with one way or another over the years) adds a dash of panache and, believe it or not, let’s you up your rents for the measly cost of an outside sign… I mean where would you rather live? 1234 Any street or the Spy Loft at Robertson House?

Homeowners own their subterranean rights (theoretically to the center of the Earth) so why not make use of them?

In fact, you could legally build (as long as everything is below grade) right into your backyard and even into your setbacks if you wanted to have a space larger than, say, Alain’s 290 sq ft. I did that years ago when I built the Royal Bank Pavilion in the 1980s. I had one level of underground parking that extended pretty much to the lot line because, otherwise, we would have been short of spaces.

Those subterranean  rights are circumscribed in some jurisdictions–in Canada, for example, underground resources like oil and natural gas belong to the provinces so, if you find a pool of Texas tea (oil) like Jed Clampett did after shooting at some food, well, then maybe you’re out of luck in terms of a basement apartment but, on the other hand, you’d become a millionaire from your share (hopefully) of those resource rights and you’d pack up your family and move to the hills, Beverley Hills, that is.

Under construction – to be ready for Mid-January 2018 Photos will be posted starting December – keep checking back!

The building, a Victorian gem, 135 years old, part of a stately row that has been cared for, restored and renovated, with original stone foundation, red brick, wrought iron – well-preserved 19th century look on the outside, and all the modern amenities inside. Live-in owners (mom and pop) who take constant good care of the building and always there to look after any detail.

The apartment, it’s not big, but it’s really cool and highly functional – and most of all, super private. It has unique, custom multi-purpose furniture including murphy bed (double), camouflaged pull-out pantry, clothing cube, generous window sills and hidden storage. Every square centimetre has been given a purpose in this professionally designed urban space. Altogether, 26 m2 of open-concept space. It’s like a Paris, New York or Barcelona flat in a traditional Ottawa building.

Transport There is a bike lane on our street; we are two blocks to Laurier (OC route 19), three blocks to Rideau (OC routes 7, 12, 14, 18); Rideau subway station (opening 2018) is about a 15-minute walk or even faster bus ride down Rideau Street. On-street parking permit can be purchased separately from City. No parking on site.

Rent Your rent includes everything: all furniture, all furnishings, all linens, heat, hydro, water, internet. You only pay rent: $1000/month. No need to set up accounts or to wait for the cable guy to show up, this is plug-and-play. First and last month rent payable upon signature of lease. Looking for single person or quiet couple – maximum two people occupancy. No smoking or vaping and no pets. Short term stays welcome.

Visits will be scheduled starting mid-December – please e-mail if interested.

postscript 2: here’re some photos taken by me (during construction) and Alain (after substantial completion):