Specific opportunities and challenges facing Ottawa in a global context 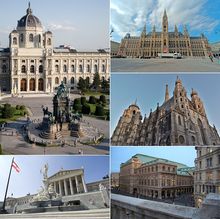 [This is the second in a 3-part series written for Ottawa Business Journal by OBJ columnist, Bruce M Firestone, PhD, who is working with the city of Ottawa to develop a new OP, official plan, one that is suited to 21st century conditions—both economic, sociological and environmental. An edited version of this article appears at, https://obj.ca/article/op-ed-what-ottawa-can-learn-europes-best.]

Economic wellbeing, as well as social harmony and environmental sustainability, appear to derive from a single source—attracting and retaining talent; it’s not assets that produce income, jobs, startups and growth or funds needed for social programs and sustainability initiatives, it’s people—and every city-state is now in a planet-wide competition for talent.

How can a small city or town or region like Ottawa-Gatineau win this race in the 21st century?

It must attract new talent (or retain its most important resource, its children and young people); people who demonstrate a preference to live here.

The idea that economic wellbeing and social harmony/environmental sustainability are inextricably linked is based on this principal—that nothing is sustainable unless it is also economically sustainable. History proves that impoverished nations tend to have poor environmental records not to mention widespread human and property rights violations.

While a world scale ranking of 19 is nothing to sneeze at, should Ottawa be aiming higher? What does Vancouver (at 5th) or Vienna (at number 1) have that Ottawa doesn’t have?

Can we produce an official plan to guide the development of this city for the next generation that will land us in the top 5 cities on the Mercer scale and do it in a timely way?

The next questions we should ask? Is this even the right goal for the city of Ottawa and, if so, will the citizens of Canada’s Capital City support such a goal and plan?

When I talk to technology companies HQ’d in Ottawa—large or small—or, for that matter, almost any other type of enterprise, I hear this over and over: We can attract talent to Ottawa or retain the talent we have, but we can’t find anywhere (affordable) for them to live!

In a one-on-one interview I did with OCH chief development officer Cliff Youdale (available on YouTube at, https://youtu.be/3G1-26fVeZ8), he tackles questions like these head-on:

-HOW CAN OCH AND OTHER SOCIAL AGENCIES BECOME LESS DEPENDENT ON GOVERNMENT SUBSIDIES FOR A) DEVELOPMENT FUNDING AND B) OPERATIONAL/REPAIR/MAINTENANCE SUBSIDIES?

-MANY COMMUNITIES SEEM TO OPPOSE HOUSING CO-OPS, AFFORDABLE HOUSING PROJECTS, GROUP HOMES… ARE THEY RIGHT TO FEAR SUCH HOUSING FORMS? DO PROPERTY VALUES DECREASE WHEN OCH “COMES TO TOWN?”

-WHY IS AFFORDABLE HOUSING IMPORTANT–WHY NOT JUST LET THE MARKET PROVIDE WHATEVER HOUSING SOLUTIONS IT CAN?

Mr. Youdale’s answers to these and other questions may surprise you.

He is quite sure, for example, that affordable units, however produced, must remain in public ownership or quasi-public ownership otherwise they will simply trade in the open market (eventually) so the only likely beneficiary will be the original owner who received a one-time subsidy, which later became a private bonus.

Many tech entrepreneurs cannot grasp how the city of Ottawa continues to see tall towers built that are all mono-cultured office space with few shops or other services and no residential units whatsoever. The technology industry is all about new business models, change and disruption of existing industries—that is, in every sector (seemingly) except real estate development.

It seems possible that Vancouver could get knocked out of the top 5 ranked Mercer cities simply on the basis of a growing exodus of young professionals, driven out by high home prices and a rental market that is in turmoil. In a Globe and Mail article (January 13, 2019, https://www.theglobeandmail.com/canada/british-columbia/article-many-young-professionals-leaving-vancouver-over-high-cost-of-housing/), Iain Reeve and his spouse Cassandra Sclauzero left Vancity (for Ottawa) because: “They were ‘kicked out’ of a few (rental) places in three years through no fault of their own… because people were selling or flipping properties.”

Mr. Reeve then added: “I also have parents who live in the Vancouver area who don’t own a home and are working class and not a ton of money saved for retirement, and I’m an only child. We just couldn’t even get our foot in the door in terms of stable housing.”

Vancouver also decided to turn its back on the sharing economy by banning Uber (and later Lyft) in 2012 further alienating millennials who apparently cherish such services. This may change as the current provincial government has introduced new legislation for this industry, but still no firm date has been given when ride-hailing services may commence legal operations there, https://www.cbc.ca/news/canada/british-columbia/ride-hailing-legislation-introduced-by-b-c-government-1.4911734.

A city can be viewed as a platform upon which creative people can experiment.

The Dutch city of Rotterdam fell on hard times after its near total economic dependence on its port became an albatross rather than an engine of growth. Crime rates soared.

What did they do to reverse these troubling trends?

They opened up the city to folks who wanted to test out different ways to live and work. Here’s how Fast Company described Rotterdam in a 2016 article entitled, Experimental City: How Rotterdam Became A World Leader In Sustainable Urban Design[3]: “The city is becoming a sustainable design capital, home to dozens of experimental projects. Next year, the world’s first floating dairy farm will open in a local harbor, followed a few years later by a giant floating high-rise. The city is testing one-of-a-kind recycled bike paths and climate-proof parks; the port will soon start filtering plastic waste from the harbor. Local entrepreneurs are experimenting with mushroom farming, bread recycling, and turning food waste into fake leather.”

Now in case, you are wondering if these experiments take place somewhere outside Rotterdam city limits, far away from homes, think again. When Rotterdam resident Helly Scholten makes dinner, “if she needs a tomato or squash or an onion, she heads upstairs—the top floor of her house is a 440-square-foot indoor vegetable garden.”

If you tried that in Ottawa, it’s likely you’d run afoul of a raft of zoning ordinances/bylaws, plus innumerable health, safety and fire rules and regulations. If you ever applied for a permit to do such a thing, be prepared to wait… a long time, only to get your answer, which will be one of two possibilities—either “No” or “Yes, but…” the latter coming with so many conditions and costs that expensive fruits and veggies won’t come from Whole Foods or Farm Boy but from your own home.

Then, what will your neighbors say? And what will your friendly local realtor or appraiser think? If they come to look at your home—either for resale or remortgaging and refinance—the shock and awe they will rain down on you for falling outside property norms are only to be imagined.

Ottawa could do worse than follow Rotterdam’s lead—what about co-opting entire neighborhoods where creative new solutions to off-grid energy issues, grow local, and building more mixed-use communities, ones that are neo-urbanist, economically and environmentally sustainable, walkable, animated, livable districts where people—LIVE-WORK-PLAY-CREATE-MAKE-LEARN-ENTERTAIN-SHOP-EXERCISE-GROW-SOCIALIZE in one neighborhood?

This will do more to reduce traffic congestion and revive “dead” office and industrial districts than anything else… it’s place-making, where not every single task requires a car trip.

POSTSCRIPT: If you would like to comment on this article or make your views known concerning the new Ottawa official plan, please reach out to me at: bruce.firestone@century21.ca.