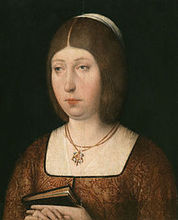 If you want to understand entrepreneurs, maybe you live with one or work with or for one, then read this excerpt (see below) from Don’t Back Down, the real story of the founding of the NHL’s Ottawa Senators and why big leagues matter, a book I wrote for the 25th anniversary of the founding of the Sens, https://brucemfirestone.com/product/dont-back-down/.

I work with and coach hundreds of entrepreneurs and there is no doubt that they are miracle workers, constantly getting out of near-fatal business collisions… creating new revenues seemingly out of thin air or negotiating their way out of insurmountable piles of bills that have collected dust in someone’s desk drawer for longer than you would believe.

It’s exciting, exhausting work. It’s also why I am working on new business models teaming up people with money but little time (these are called investors) with entrepreneurs who have time but little money. I’ve got some hot new models, which I call:

-the makeover model, and lots more

where each party never actually is in partnership with the other– they retain their independence but provide mutual benefit. It’s more like a cooperation agreement not a partnership, LLP, LP, joint venture company or any other form of joined-at-the-hip, expensive-to-administer form of corporate or multi-party organization…

Anyway, here’s that excerpt from Don’t Back Down:

Why are any of these stories relevant to “the real story of the founding of the NHL’s Ottawa Senators,” other than the facts that I like to tell stories and hear myself talk?

The hint is in the first part of my title, “Don’t Back Down”.

You want to understand how and why entrepreneurs do what they do, become what they are, why there’re so pig headed?

Why did Chris Columbus go to Queen Isabella and say on the 1st day of May 1489 (and I paraphrase here):

“Queen Izzy, I’ve got a great idea! Give me 12,000 maravedis[1] to start with, plus three of your best ships, the Niña, Pinta, and the Santa Maria would be nice, and an experienced crew of pilots, surgeons, masters, stewards, mariners, boatswains, caulkers, cabin boys, coopers, painters, goldsmiths, masters-at-arms, captain-generals, inspectors, interpreter (a converted Jew is fine), carpenters and ships’ owners. I’m going to head west and find a safe way to harvest (steal) the riches of China and India without having to go overland and be robbed ourselves by the new Turkish Ottoman Empire, which took over from the Mongols after the fall of Constantinople in 1453. I mean we can’t rely any longer on Pax Mongolica, so this is the best way forward I think.

“Now I could be wrong. Maybe the earth isn’t round, it’s flat, and maybe the oceans are infinite so we might either fall off the edge of the planet or starve to death, but what do you say, Queen, fantástico, si?”

So Columbus headed out at 8 am on the 3rd day of August 1492 with a marvelous crew of 129 souls, of which 57 were riding with Columbus aboard the Santa Maria.

Entrepreneurs are certifiably mad. All of them. But it doesn’t take very many of them to change your city, town or village or, for that matter, the world.

The key to economic development today is keep your most valuable resource (your children) at home or get them to return.

How do you do that? By providing them with opportunities to create a personal business for life or get a decent job.

How do you do that? By making sure you are an attractive place for job-creating entrepreneurs to live.

How do you do that? By defeating NIMBY forces and cutting red tape plus about a billion other things.

[1] Iberian coins of gold and silver.

Previous Post Who knew that Detroit could teach other towns how to reanimate themselves? Next Post Owning a pub after your pro sports career ends makes sense… at least if you are former Sens defenceman Chris Phillips