How to turn a street into a money-maker 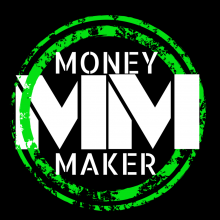 If you are a developer, you already know that most cities expect you to build all the roads your new development/subdivision requires and then turn them over to them when completed for a dollar.

We not only had to build all the roads around the Canadian Tire Centre (where the NHL’s Ottawa Senators play) but also the Palladium drive interchange on highway 417–still the only privately-built and privately-paid for interchange in Ontario.

The day we finished, we turned it over to MTO (Ministry of Transportation for Ontario) for de nada.

Pretty hard for a developer to finance this kind of infrastructure since: a) it doesn’t generate any revenue and b) you don’t own it. It would be like me putting a mortgage on your home–you probably would be quite upset with me if I did that.

So, roads are impossible to
finance without, say, some pre-sales of adjacent lots to pledge to your lender
or a new revenue stream that no one has ever thought of before…

As part of a new subdivision I am working on with Black Sheep Developments, https://blacksheepdevelopments.com/, they are looking at the possibility of inserting woonerf “living” streets into the mix.

Woonerf (it’s a Dutch word) roadways put a priority on pedestrians and cyclists. They let cars onto streets but only as cautious guests. The idea is to put street life first, speed second.

This concept reminds me, in a way, of conservation subdivision design–where rural development proceeds on shared services (communal wells and small bore, piped, siphon sewer systems), which allow homes to be grouped much closer together on smaller lots into mini villages.

Say you have a 100-acre site. Normal development would see a looped road and maybe 42, 2-acre lots. The balance of the lands would be used for public rights-of way and maybe a pocket park.

In conservation subdivision design, you’d end up with the same yield (42 lots) but on say ½ acre lots fronting onto a grid road pattern. The rest of the lands would be forever preserved for open space–trails, orchards, nature and wildlife migration.

If neighboring properties are developed along the same lines, you can connect natural areas, which will promote connectedness, extremely important for wildlife survival…

A conservation subdivision design might look like the development on the right-hand side of this sketch versus traditional development depicted on the left hand side:

Here’s a professional drawing, which clearly shows just how much land can be conserved without affecting a developer’s yield/bottom line.

Of course, industry’s fears were that buyers would reject this form of development altogether or possibly buy-in but at much lower prices. After all, they were getting less land (.5 acre instead of 2).

But, in fact, the opposite
happened–sell through periods decreased (the time it takes to sell out a new
subdivision is very important to a developer’s IRR, internal rate of
return–nothing torpedoes your IRR quicker than a sell thru period of say 8
years as opposed to 2 or 3) and prices were higher, not lower. Just as
important, resale prices in conservation subdivisions were also higher (and they
resold faster too).

Turns out people loved the idea of being able to see and experience natural expanses just outside their front and back doors, they didn’t mind having less land to take care of, and most of them liked having neighbors close by.

In the same vein, I suspect that some developers, cities, planners, transportation engineers, owners, users, tenants, visitors, guests and lenders will raise objections to woonerf streets such as:

-there’s not enough room to store snow in winter

But I predict that woonerf streets will do the opposite–land and lot prices will be higher, so will rents and ROI for not just the developer but for all future landowners. These new communities will be in greater demand not less by a millennial generation looking for a better life experience than living next to roads that are sized for and capable of hosting formula one races.

The question you have to ask is: Do we build cities, towns and village for cars or for people? As I’ve answered before: I vote for people.

And if snow is a concern, look at a streetscape in a place like old Quebec City:

Is this a desirable place to live?

Can the city keep its streets viable in winter?

Well, yes. Somehow, they’ve
managed it since Samuel de Champlain first founded the place on the 3rd day of
July in 1608.

So now for the piece de resistance: Dr Alf Bhanji’s idea of how to
turn streets into profit centers. By the way, Dr Alf is one of the geniuses
behind BlackSheep Developments. The others include Brian Dagenais, Anne-Marie
Magneron and Steph Magneron. Coached, I must disclose, by moi.

The idea of the first sketch is to create “nodes” where restaurant patios, farmers’ market stalls, art kiosks, performance art spaces and a zillion other active uses might go.

In the second sketch, I liked the idea of adding tiny houses, food trucks and market stalls to line roadways or even be built/parked in the median.

What Dr Alf suggested is that the developer retain ownership (or, at a minimum, obtain a longterm land lease from the city for $1 a year) of these “nodes” so that revenues generated from them accrue to the developer who, after all, bore the original cost of building the roadway.

Here’s yet another sketch of what might be possible if a developer retained control over these profit centers:

The road ROW (right of way) looks conventional; what is new is the division inside that ROW between public and private lands.

What does this mean financially for a developer?

So, I think Alf’s clever idea makes woonerf roads in the new BlackSheep subdivision themselves worth north of $2 million.

Here’s how I got that:

Ottawa charges just
under $200 per square meter for patios that encroach on city property,
which is many of them. Torontonians have just shot down a city-staff trial
balloon that proposed hiking fees there from as little as $20 per square
meter to as much as $296 per square meter. [Source: https://ottawacitizen.com/news/local-news/reevely-ottawas-set-to-try-almost-anything-to-get-more-patios-except-cut-sky-high-permit-fees]

Say you have 1.5 kilometers of roads

And you have a patio every 50 meters

Therefore, you get annual revenues from woonerf streets of
$126,000 per yr

Since I suspect these roadways will cost around $2 million to put into their new Orleans (Ottawa Canada) subdivision, this is a way to finance them/recover their money… and make/create a much more interesting, valuable and lively community while they’re at it.

It would be daffy for my daughter to sell her home
Making Retail Spaces Pandemic/Internet/Big Box Store Resistant
22 ways to get more listings
What will our economy look like after the global pandemic subsides?
Royal LePAGE Performance Realty Spring 2021 Training Program