How entrepreneurs should really fund their startups 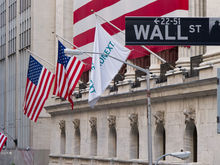 Bill was among the first people to recognize the opportunity to invest in Russian equities (then called vouchers—basically, coupons that could be alchemized into shares in what would eventually be publicly-traded entities) at the end of the cold war, circa the early 1990s.

Bill was in his late 20s at the time. Everywhere he turned, “experts” thought he was crazy. When his first investment in Russian privatization (for Salomon Brothers) turned $25 million into $125 million, his “colleagues” there were only too willing to take credit, so Bill quit to start his own firm—Hermitage Capital.

He uses what I call a “Mad River” structure to fund his new asset management business—investors put up almost all the capital (most of that as debt) while Bill gets a big piece of equity (in his case 50%) in return for his SE, sweat equity.

Why would investors agree to such an arrangement?

Because they have money but very little time.

Because Bill has time but very limited amounts of money.

But, even more importantly, because Bill has knowledge, luck, energy and expertise…

Everyone and everything else are total nonsense and time-wasters.

It would be daffy for my daughter to sell her home
Making Retail Spaces Pandemic/Internet/Big Box Store Resistant
22 ways to get more listings
What will our economy look like after the global pandemic subsides?
Royal LePAGE Performance Realty Spring 2021 Training Program