Ever wonder why Canadiens mid-week games are on TV in Ottawa and the Leafs aren’t? 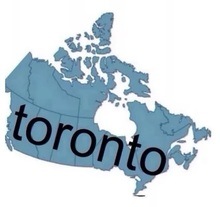 Here’s an excerpt from Don’t Back Down, the real story of the founding of the NHL’s Ottawa Senators and why big leagues matter that I wrote for the 25th anniversary of the Sens that explains why…

When the modern-era Sens were re-established in the 1990-1992 period, we did a deal with the Canadiens to trade mid-week broadcast rights—Montreal could broadcast their games into Ottawa-Gatineau (where they had a lot of dedicated fans) and we could do the same in Montreal.

Initially, this was a deal highly favorable to the Canadiens, but the Sens have been seen in Montreal for nearly 25 years and have a following there now. Plus, there is the fact that Montreal is a bigger market than Ottawa, so it probably balances out today. No money has ever changed hands.

The same deal was offered to Toronto, but that offer was declined by the Leafs. In fact, the Maple Leafs threatened to broadcast their mid-week games into Ottawa without prior agreement with the Sens right up until the first day of Ottawa’s first season in 1992-1993.

I told them that this was going to be the greatest day in the modern history of the Ottawa Senators up to that point in time because, if they infringed on Sens territory without our permission, all their broadcast revenues could be forfeit (under the NHL’s constitution) to the Sens.

The Leafs wisely did the right thing and did not broadcast into Sens’ territory without prior agreement on compensation, which has never been reached.

What did happen was that the Sens were blamed by local Leafs fans in Ottawa (again of which there are many) for blacking out Maple Leaf mid-week games. More particularly, I got blamed.

One irate fan called me.

“Do you hear this Mr Firestone?”

“That’s the sound of me cracking open my shotgun. If you don’t put my Leafs back on TV, I’m going to come to your office—I know where you are—and kill you. And if any of your staff get in my way, I’ll kill them too.”

Leaf fans. What can I say?

And this comes to the crux of things. The Leafs are the wealthiest, most widely followed franchise in the NHL. There is no point in bellyaching about it if you are a fan of any other NHL team. Toronto fans are terrific (except for those that threaten to kill you after you assert your territorial rights for your hometown that you’d just paid $50 million for)—they love their team even if it hasn’t won a thing since 1967.

Their local broadcast rights are probably worth more than anyone else’s, and they don’t want to share this revenue stream with anyone. So, whether it’s Jim Balsillie, or some future bidder trying to locate a franchise in Hamilton or elsewhere in southern Ontario, they should, in my view, make a deal for compensation with both the Leafs and the Sabres a priority. And they need to make that deal before they deal with the NHL—as the Mighty Ducks did. Leagues are very reluctant to impose a second, third or fourth franchise in a metropolitan area without prior agreement on the amount of compensation those teams being infringed on would receive.

For the Maple Leafs, it just comes down to money, but for teams like Ottawa, the Sens would be hard pressed to survive if they did not have some type of control over their own territory.

Indeed, there is no doubt that the Sens would not have survived to this day without the intervention of Gary Bettman during the run-up to and in the bankruptcy of the team here in Ottawa in the 2003-2004 period. He went to bat for the team many times during the era immediately preceding the ownership of Eugene Melnyk.

Staying afloat in a time of Covid-19 for tenants and landlords
Want a new you and a new direction/start?
Helping your tenants in a time of crisis
Ottawa’s new OP, official plan, in light of recent covid-19 events
Covid-19 Crisis Planning by Bruce M Firestone, PhD