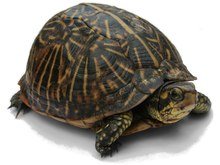 I’ve written before that it’s a mistake in my view that many companies in North America these days push out employees over 50 (and, in tech, anyone over 40).

These people are your time machine, your Wayback Machine (aka, internet archive) if you will. Plus, they know how to work hard, which means, basically, they always show up.

I went to a CIBC branch a few years ago to pay a bill. It’s a once a year invoice I get that the bank does not allow you to pay over the phone or via the internet or even from your online account. I know, I called them. I was told, “Go to any CIBC branch… you can pay it there.”

When I got to a branch near my home, the young teller said, “Oh, you can’t pay that here! You have to go to your home branch.”

I told her I’d been informed I could pay it at any branch, and, in fact, I had both a paper copy of the invoice and the exact amount of cash (to the penny–back when there were pennies) with me. Furthermore, I was going to leave that piece of paper and the cash on her counter and walk out. “You figure it out,” I added.

She sputtered, “You can’t do that!”

At that instant, a lady came out of a back room; she was older than Methuselah (who according to the bible reached 969 years).

“What seems to be the matter?” she asked.

I repeated my story.

“Oh, there’s a simple fix for that. We’ll do an inter-branch transfer notice, no problem.”

Then looking at the young teller, she said sternly, “Mr Firestone’s been waiting long enough. Why don’t you give him a receipt for his cash and, after he’s gone, we’ll do the inter-branch transfer agreement together.”

Young workers can learn and be coached by seniors, right?

What I think organization HR departments should do is to have programs in place to de-promote folks rather than fire them or give them early retirement packages. So instead of replacing them with lower paid and younger employees, let them replace themselves at lower points in a company’s hierarchy and also at lower wages.

One of the benefits of getting older is you know what to do and even more importantly what not to do.

Remember what Steve Jobs said before he passed? That he was proudest of what Apple hadn’t done as opposed to what they had.

Elders can still be an asset if you and they know how to harness their capabilities.

Here’s a rejection letter a friend of mine (who is 51) recently got from a tech company, I’ll call Shopiflu—

I hope you’re having a wonderful day so far. I wanted to thank you for your enthusiasm in coming onboard and let you know that our team really enjoyed getting to know you.

After discussing with the team, we’ve decided to move forward with other candidates. This decision was not made lightly. We received a high number of highly qualified applicants for the Guru role, and felt that others were more suited to the role at this time.

Unfortunately, most of our interview process must remain confidential, so I can’t disclose additional feedback, but would hope for you to consider Shopiflu as a career in the future.

I would recommend that if you are focused on the Customer Success Guru role, please try reapplying in about 6 months.

Keep an eye on our career page to see if you see something that looks like it would be a perfect fit for you.

Wishing you all the best of success!

“Willy” wrote me about his disappointment at the whole process. Here’s what I wrote back (NSFO):

You know at age 67, I am probably more productive than I was at 37.

Two bulls are at the top of a hill and see some nice-looking cows down in the valley.

The young one says, “Let’s run down there and get us each one of dem!”

I am that old guy, and I’ll bet I can outperform most people 20, 30 and 20 years younger than me in my industry.

Shopiflu missed out—because, even though you are younger than me, I would bet on Willy to outperform 95% of Shopiflu’s customer success gurus, which, as you will remember, I taught them.

postscript: another benefit of getting older is that you know who you are and what you can contribute. When I was a kid, I wanted to be Tom Swift. Now I’m content with just being me.

postscript 2: to learn more about age discrimination, please refer to:

As it scrambled to compete in the internet world, the once-dominant tech company cut tens of thousands of U.S. workers, hitting its most senior employees hardest and flouting rules against age bias,
https://features.propublica.org/ibm/ibm-age-discrimination-american-workers/

postscript 3: BTW, I don’t discriminate against young people either. They have energy, imagination, luck, enthusiasm and, above all, they don’t know what’s impossible, so they do it anyway…

Feature image source: By This is a retouched picture, which means that it has been digitally altered from its original version. Modifications: too many to enumerate and no downsampling, edit done at 200% view not 1000% — no downsampling though. The original can be viewed here: Florida Box Turtle Digon3 Unedited.JPG. Modifications made by CarolSpears. – Digon3, CC BY-SA 3.0, https://commons.wikimedia.org/w/index.php?curid=4134307